Perception. What is it?

As a much younger man I used to kick a football around on a regular basis, I thought I was quite good, that was my perception!

I then found out the painful way that I wasn’t good enough to make it at a decent level. 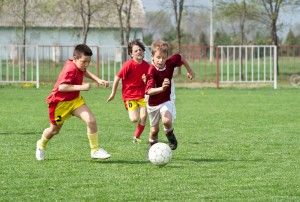 To say that I was gutted would have been an understatement of mammoth proportions, so what did I do as a young sixteen-year-old? Well I stopped playing football, I stopped watching football but above all, I changed my perception of myself, I decided that I was useless. I decided I was rubbish not just at football but I kept finding reasons to berate myself, to tell myself I was no good.

As the years went by I began to take an interest in football again, and then to begin to play again (I still have a weekly kick around). I realised that I may not have been good enough to be a pro but I had plenty of other attributes and I love the game (when played properly – but that’s another story).

It wasn’t being big-headed or arrogant but a natural self-belief based on facts rather than perception. In many ways, I’d practised CBT on myself without even realising it.

It may be that you detest football but if any part of this story resonates with you then why not give me a call on 01803 500300 and let’s see what we can do to change your perception.