What noise makes your skin crawl? Nails on a chalkboard or the scraping of a fork on a plate. Imagine never being able to escape the everyday noises that cause your fight or flight response. For those with Misophonia, a rare disorder triggered by certain sounds, running away is not always possible or practical.

Misophonia can be genetic. First triggers can come from noises made by a parent or sibling. 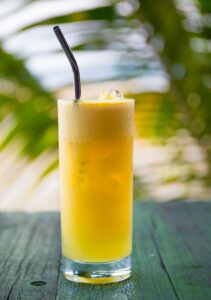 Daniel wished the world were a lot quieter, and if it did have to make noise, it would make the right one. The sound of someone slurping their tea or tapping their foot drove him crazy, triggering the fight or flight reaction of someone escaping danger. When triggered, Daniel mainly fled the scene.

From the age of 11 or 12, Daniel believed his Misophonia started after hearing his brother slurp the dregs of his juice through a straw.

Misophonia is a medical condition. Little is known about it; therefore, traditional treatment options are limited and as, yet no cure has been found. However, relief came to Daniel through hypnotherapy.

It is not trickery; there’s no need to fear; you only need to turn up and relax, says Daniel. “After just three sessions, I felt better.”

Hypnotherapy bypasses the conscious mind. You can scabble your brain as long as you want in the quest to finding out the cause, but your rational mind will not give you an answer.

Using the count down method, Daniel was able to relax, close his eyes and breathe consciously. He stated out loud his intention to be cured of Misophonia. Several controlled breaths and a click of the hypnotherapists fingers, and Daniel slipped into a relaxed state of mind and body.

The surprise at the end of the session was the discovery that the root cause was not his brother triggering him all those years ago, but in fact, he has OCD (obsessive compulsive disorder).

Treatment for Misophonia involves auditory distractions such as headphones and white noise. A British survey found that the most triggering noises are eating and breathing, often triggered by someone close.

The revelation of Daniels OCD allowed the hypnotherapist to reposition his consciousness, making Daniel aware of the real world around him and not the perceived one he had created. Through hypnotic guidance, he became open to shift his faulty thinking patterns. Daniel is still working through some emotional triggers, but the hypnotherapy sessions allowed him to let go.

“When someone used to tap a pen, I had the urge to rip it from them and slam it down onto the table. Of course, I couldn’t do that, which made me feel powerless. I used to get wound up, agitated, hot and even breathless.”

Misophonia is a lifelong disorder that can be managed but not medically cured. Hypnotherapy may be the answer to this often debilitating condition.

Common sufferers of this condition are those with anxiety disorders, OCD,  Tourette’s and tinnitus. More women than men are affected by misophonia, and symptoms usually occur between 9 and 12.

Tinnitus retraining therapy or TRT teaches you how to tolerate the noises in your ears better.

CBT helps you to change negative thinking and associations with trigger sounds.

Talking therapies are beneficial for both the suffer and their family.

Audio devices that play natural sounds such as rain or the sea have proven 85% effective in calming those who easily trigger.

Contact me today to book your consultation and begin your journey to a happier, less stressed you.