Have you ever noticed how some people on social media are posting posts that are incredibly positive? Some people post articles that are funny, many post pictures of their favourite things like family members, cats & dogs etc.

However there are some people who also seem unhappy with everything, it seems as though they just like to just moan and moan, and moan. “This isn’t right, that isn’t right, this is wrong, that is wrong.” 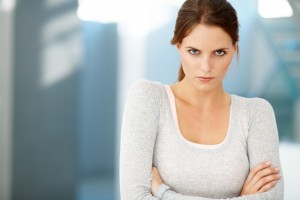 So why do people like to moan and criticise so much? Does it make them feel important, or maybe a bit smug and clever? If that’s the case then perhaps they need a bit of help with their self-esteem issues because putting others down to make themselves feel better really isn’t healthy.

Then again perhaps these people are depressed and may not realise it? Perhaps they’re angry and like to have a pop at the world. Whatever it is people that permanently have a dig at others really can’t be that happy in their personal lives can they?

Then again what about all the ultra-positive types that are permanently posting on about how wonderful their life is, we have a friend nicknamed “Happy Larry” because his tweets and Facebook postings are so incredibly optimistic and positive that it just seems unreal and impossible to us mere mortals, even those of us in the wellness industry – those that know him know that he really is a miserable wotsit at times.

So what are these people? Are they really genuinely positive or are they actually quite sad and in denial of the reality of their life? After all why would you want the world to know that you’re just a sad angry person fixated with the PC and other people’s lives?

My wife and I witnessed an extraordinary conversation between a married couple recently. Apparently she had locked him out of the bedroom and so an argument ensued over Facebook for all the world to see, the language was rude and offensive enough as it was so Lord only knows what their little girl made of it all. Let’s just hope she slept through it all…. 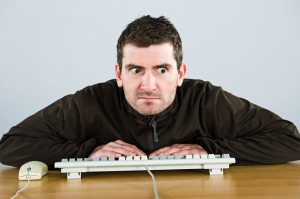 The truth is that you can try to make social media portray whatever to you want it to – but what does it really say about you and how do others really see it? Above all – what are your posts about and how do you portray yourself to the world?

If you would like to know more about this or anything else regarding the emotions please get in touch….