People in a mental health crisis find it terrifying to be held in a police cell.

Peers will move an amendment to the policing and crime bill to ensure those adults feeling suicidal, are self-harming or are psychotic are never taken to police stations for assessment. This plan is already in place for under-18s. 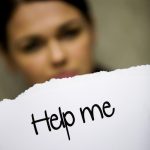 After widespread concern over the practice, there has been a sharp fall in recent years of individuals being held in police cells and a rise inappropriate hospital admissions.

“When you’re in a mental health crisis you may become frustrated, frightened and extremely distressed. Your behaviour could be perceived as aggressive and threatening to others, but you desperately need support and compassion. Being held in a police cell and [in effect] treated like a criminal only makes things worse. Now is the moment to ban this damaging practice once and for all.”
Paul Harmer, Chief of the mental health charity Mind

Per Watchdog, mentally ill people are more likely to die after police use force.

Numbers dramatically fell during Theresa May’s time as home secretary from 2010. During 2011-12  nine thousand people were detained in police cells, whilst the number of minors fell from 256 to 43. 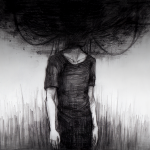 “Kent police believe the use of police cells for those detained under the Mental Health Act should be a never event. Cells are not appropriate places for anyone detained under the act and we know that their use can add to the trauma of the crisis and potentially delay that person’s recovery.”
Insp Wayne Goodwin, Kent constabulary’s mental health liaison officer

A spokesperson said: “We are committed to ensuring those in mental health crisis get compassionate care and that no one is taken to a cell when they have committed no crime and solely because there is no alternative safe place for them. Significant progress has been made by the police and health partners in halving the use of police cells for those in mental health crisis over the last year. But there is still more work to be done.
Changes to legislation through the Policing and Crime Bill will ban the use of police cells for under 18s in mental health crisis, and ensure they can only be used as a place of safety for adults in genuinely exceptional circumstances.”