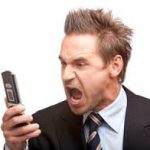 Smartphones-once the novelty, today the norm.

A report published by Deloitte has found that people in the UK have never been more addicted to their smartphone, a third of us check for messages throughout the night, and admit their overuse has caused arguments with partners.

The BBC reports, that FOMO – fear of missing out – leaves them in the grips of their addiction to technology.

One in three UK adults – half relating to 18-24-year-olds – said they checked their phones in the middle of the night for social media content. One in ten reaches for their phones as soon as they wake up.

From fad to addiction seems to be a short path when it comes to smartphones. While many are happily glued to their device despite detrimental effects on relationships there are those who are determined to break the habit.

The National Council for Hypnotherapy – “With any unwanted habit or behaviour, it may feel as if you are out of control, that this is someone else or something inside you that is making you do this. The good news is that you are in control, you can change and you can protect yourself in ways that are health and which allow you to succeed and grow stronger in body and mind. It is a case of knowing how to and wanting to.”

Hypnotherapy can work rapidly with negative habits and behaviours because it works directly with the subconscious. Hypnotherapy bypasses the critical mind and gets to the root of the issue.

If you feel you are in a bad (negative) habit with your phone, tablet or any hand-held device, contact us, it will be worth the effort.

Paul Lee, head of technology, media and telecommunications research at Deloitte – “What smartphones enable people to do is to keep tags of that is happening, what is being said and when. You can do that now with all the technology available. With the twenty-four-hour world, we are always connected Most connect in the evening and throughout the night and this is where sleep is put on the back burner.

So, why has gadget addiction become a habit or even the norm? Over (very) recent years we have gotten used to being able to contact someone regardless of the time or location. This ‘trend’ of always being contactable has taken over and when we have something new we tend to overreact to it.

4 out of 5 adults now own a smartphone that equates to 37 million people.

If you would like to know more about how to find help for gadget addiction fill the form out below and we’ll get back to you.