An Interview About Hypnotherapy and Alcohol

The following article came completely unsolicited from a client (let’s call him James) via email earlier in the year. I had to smile at one point when he questioned whether he was in a trance or not; it’s such a common thing – Am I? Aren’t I? Even after sticking a clients hand to their leg, some people still aren’t sure. I have re-posted this article because of all the enquiries I’m getting about hypnotherapy and alcohol.

If you’re intrigued, give me a call.

An interview with a whiskey drinker

How established was your drinking habit? 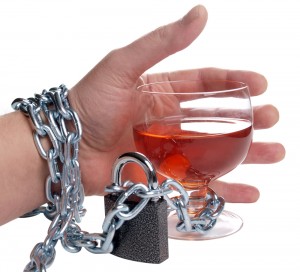 When I came to Hypnotherapist, Chris Fleet in early December 2014, I had been drinking one third to one half a bottle of whiskey almost every day for about three years!. So, I had a well-embedded habit!

Do you think you were an alcoholic?
I didn’t think I was because I could give up for a few days without withdrawal symptoms. However, I enjoyed drinking, and I chose to drink spirits nearly every day. I drank with company, and I drank on my own. I enjoyed the taste of good whiskey, the warm glow, the comfort and the distraction of drinking. I drank until I was a little woolly and relaxed. I drank some more until I was drunk and I drank some more until I dropped off to sleep. I enjoyed the feeling of sinking into oblivion.

Have you tried previously to give up?
I’d tried the local NHS alcohol programme. I religiously attended all the meetings and followed the plan. The approach was built on irrefutable logical argument underpinned by a foundation of sound factual evidence on the damaging effects of alcohol, plus advice on how to change behaviour and well-accepted methods (such as monitoring Units of alcohol intake). It didn’t work for me.

My drinking was driven by emotion, and if it were to stop, it would have to be through an intervention that addressed emotional needs and consequent habits. 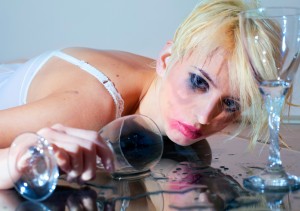 Were you tempted to drink?
Bearing in mind that the last eight weeks included celebrations of my Birthday, Christmas, New Year, and other smaller get-togethers and parties, I should have experienced lots of temptation, but I’ve not felt tempted at all! I’ve not wanted a drink. I’ve not missed my whiskey. It’s not been at all hard to say ‘No” to hospitable friends.

I had one-third of a bottle of my old favourite, Tullamore Dew in the kitchen cupboard and I told Chris I’d pour it down the sink after our first session. But I didn’t. I deliberately left it, so I could see if it tempted me. It didn’t. It stayed there untouched for weeks. Now it’s gone. I don’t know who drank it, but it wasn’t me.

So whatever Chris did, it worked!

What has helped to change your drinking habit?
At the times when I usually think of reaching for a wee dram at home (after work, settling down to watch TV, after dinner and the nightcap before bed), I now pour a glass of cold water instead. It distracts me nicely.

At around 9 pm I take a large mug of tea with 2 or 3 biscuits. Sometimes I’ll have a bowl of skimmed milk and muesli or a glass of apple juice. Each of these fills me up, and I’m put off the idea of adding alcohol to the mix. (As a by-product I get one of my five-a-day, some calcium and some dietary fibre!)

When I’m out with friends, and they offer the first G&T, I don’t like to make a big thing about it, but I find it’s easy to say “I’ll just start with sparkling water (ice and lemon) or tomato juice (a dash of Tabasco)”. After that, I find I have no interest in further alcohol and friends don’t notice whether I’m drinking or not.

What benefits have you noticed?
I’m now easily consuming about a litre of water a day – just as the doctor ordered. My appetite has improved, and I enjoy food more. I eat a little more in the evenings, but overall I’ve lost a little weight – perhaps from the reduced sugar intake.

I stay awake for longer and enjoy the evenings at home. I don’t get so grumpy. On the way to the bedroom I don’t stagger, drop glasses or fall over the furniture (who put that sofa there?!). When I’m out, I don’t have the anxiety of a potentially embarrassing or even dangerous drunken journey home.

After years of disturbed sleep, I now sleep better – deeper and longer – and I feel better in the mornings.

Do you ever not miss a drink?
I used to really enjoy the taste of a good Irish whiskey and getting sloshed was sometimes great fun. But I can give it a miss. I have a vaguely unpleasant memory of drinking rough liquor (did Chris plant that there?). As for friend and family gatherings, I enjoy them more.

Will you keep it up?
I don’t think I will slide into drink. All my natural cues to think about alcohol now result in an alternative trigger action – drinking water, tea or milk.

I think it will now take a conscious and deliberate decision for me to take a drink, but if that happens, I’m not worried, since I now know I’m not dependent on alcohol. If I do start to drink again, I know I can stop again.

It’s not been difficult to stop; in fact, it’s easy. It’s not been any significant effort; in fact, I’\ve made no effort at all! I’ve had no withdrawal symptoms. It’s been like throwing a switch. I used to drink – I simply stopped drinking.

In Western Europe, the UK comes 5th in a table of the heaviest drinkers per capita per year and 18th in the world. (1)

With approximately a quarter of adults in the UK drinking at hazardous levels, the number of drinkers being taken to hospital as a result of drinking too much rose by 52% between 1996 and 2006. Over 10m adults in England now drink more than the recommended daily limit, with 2.6m of them drinking more than twice that(2).

Can you tell if you drink too much?