Beth was so afraid of vegetables, she couldn’t even face touching them.

Beth, 25, survived off a diet of cheese sandwiches and chips. 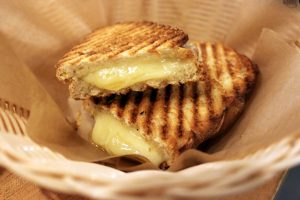 With shaking hands abated breath, Beth picked up a tiny piece of carrot and put it into her mouth. Her partner sat close by with a huge smile across his face.

“This is amazing” her partner exclaimed. It was the first time she had put any kind of vegetable in her mouth without a panic attack.

Whilst most of us wouldn’t give a second thought to eating vegetables, Beth, from Cornwall, had been suffering a lifelong debilitating phobia of most foods. Even looking at vegetables made her heart race and palms sweaty.

Until the age of 23, her diet consisted of beige, bland and processed foods.

“I lived off chips and white bread cheese sandwiches. There were a couple of cereals I had with milk, cake bars, and some crisps, but mainly I ate chips and sandwiches day in, day out. I felt terribly embarrassed.”

Beth had struggled with Selective Eating Disorder – an eating disorder characterised by an intense fear of new foods – her entire life. 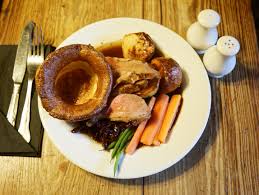 “My family would tuck into normal meals such as roast chicken, but even the smell would make me gag.”

“I used to get so embarrassed when having tea at friends’ houses because I’d have to keep saying that I don’t eat that, or I don’t like nor want X food. I always felt I was annoying them.”

Beth’s poor diet lead her to gain 6 stone, feel bloated and uncomfortable in her teenage years. She was fascinated with people who could eat normally – “I’d look at people eating a salad and wish that was me.”

After a visit to the GP, Beth was shocked to discover she not only had an iron deficiency but was at high risk of developing diabetes.

Her GP diagnosed Selective Eating Disorder and referred her specialist counsellors, but nothing seemed to work.

“I always felt run down. I liked running but I simply didn’t have the energy.”

Beth began searching Selective Eating Disorder and food phobias online. She came across a hypnotherapist that specalised in food phobias. Although she had tried hypnosis before without success she decided to give it a go again.

“I don’t remember much about the sessions, but I know I was very relaxed and felt safe. He spent time talking to my conscience, asking if I wanted to continue to be afraid of food.”

After the session, the hypnotherapist suggested she try some plain salad.

“I ate a small piece of cucumber, pepper, and chicken. The sensation in my mouth was strange but I was calm and didn’t gag.”

Over the next week Beth tried several new foods and although she didn’t like many, the idea of tasting them wasn’t horrific.

A year on and Beth now enjoys a much-varied diet. She even enjoys cooking and eating out with friends. Her weight is now healthy for her height and age, and she not only has more confidence, she can now run without exhaustion.

“I feel so much healthier now – mentally and physically -like a whole person. My family is over the moon that we can, at last, eat together.” 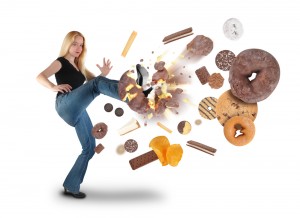 If you would like to talk to someone regarding a food phobia please get in touch on 01803 500300 or email chris@fleethypnosis.com.