Granted children do not always do what is asked of them but Oppositional defiant disorder (ODD), is far more than mere disobedience. Oppositional Defiant Disorder is a childhood disorder characterised by defiant, disobedient, negative, and often hostile behaviour prominently towards adult figures. It is common amongst children with ADHD. It is thought that between 2-16 percent of children and young adults. Typically, the disorder is more common in young boys than girls but statistics show that in older children the rate is 50/50 boys and girls. Typically signs and symptoms are recognisable by the age of eight years. 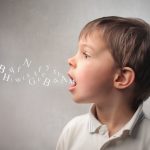 Many ODD children are moody, easily frustrated and have low self-esteem. It is not uncommon for many to use drugs and/or alcohol.

The cause of ODD is not known but is believed to be a combination of genetic, biological and environmental factors.

Studies suggest that defects or injuries to specific areas of the brain can lead to serious behavioural problems in children. Where the Neurotransmitters help the nerve cells in the brain communicate, abnormal amounts can throw the brain out of balance creating abnormal message transmitters leading to symptoms of ODD. Many children and young adults who have this condition also have a secondary mental health condition-ADHD, learning disorder, depression and/or anxiety, which may contribute to their behavioural issues.

Many diagnosed ODD persons tend to have a close family member with a mental health condition including those with mood, personality and anxiety disorders. This has suggested the vulnerability of ODD is inherited.

Factors including a dysfunctional family like a family history of mental illness and/or substance abuse. Inconsistent routine and discipline by parents can contribute to the development of behavioural disorders. 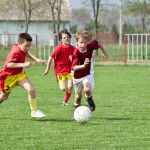 As with adults, children’s mental health illnesses are diagnosed based on several signs and symptoms that match an illness. The doctor will evaluate based on a complete medical history and a physical examination. There are no laboratory tests to diagnose ODD but the doctor may perform some to rule out any underlying illness’ or medication reactions. The doctor will also look for signs that often occur with an ODD diagnosis such as depression and ADHD. Once any potential physical causes have been ruled out a referral may be made to an adolescent psychiatrists or psychologist. The doctor must often rely upon reports from the adults around the child-parents, teachers, coaches, group leaders, etc., due to the child often having trouble using words to express themselves.

Treating ODD is based on many factors including age, severity and ability to participate in therapies. Treatments generally consist of Psychotherapy and medication.

• Psychotherapy is aimed at enabling the child to develop effective ways in which to express and control anger.
• CBT (cognitive-behavioural therapy) is a method in which the aim is to reshape the child’s thinking to improve behaviour.
• Family therapy may be used to help improve interactions and communication.
• Parent management training is a tool for parents to positively alter their child’s behaviour.

• Medication. Whilst there is no specific medication for ODD, there is a variety that can be prescribed to treat the distressing symptoms, and any other mental illness that may be present.

It is important that if a child is showing signs of ODD that you seek treatment from a doctor as soon as is possible. Some children with ODD may experience rejection due to their poor social skills and aggressive behaviour. An ODD child is at greater risk of developing a more serious behavioural disorders-conduct disorder. When treatment is started early it is usually very effective.