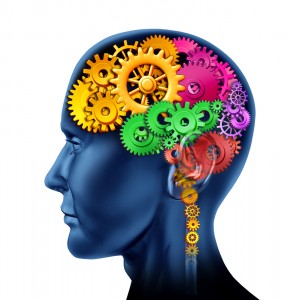 Consistency is often sought in people’s beliefs and perceptions, so what happens when our beliefs conflict with previously held belief?

The term is used to describe the feeling of discomfort that results from two conflicting beliefs. Where there is a discrepancy between the two something must change to eliminate/reduce the dissonance.

How does it work?

Leon Festinger, Psychologist, proposed a theory of cognitive dissonance centred on how people reach internal consistency. He said that people have an inner need to ensure their beliefs and behaviours are consistent. Inconsistent beliefs lead to disharmony, which we try to avoid.

A Theory of Cognitive Dissonance, Festinger

The degree of dissonance experienced depends on a few factors including how highly we value a specific belief and the degree of inconsistency.

Cognitions that are personal beliefs about the self-tend to result in higher dissonance.

The ration between the thoughts both dissonant and constant also play a role in how strong the feelings of dissonance are. The greater the strength of dissonance, the more pressure there is relieve the discomfort.

Cognitive dissonance occurs in many areas of life particularly in situations where behaviour conflict with beliefs that are integral to their self-identity.

A man who places value on being environmentally responsible just purchased a car that he later discovers does not do many miles to the gallon.

The conflict: It is important for him to take care of the environment but he is driving a car that is not environmentally-friendly.

To reduce the dissonance between belief and behaviour he can sell the car and purchase an environmentally friendlier one or he can reduce his emphasis on the environment. If he chooses the second option, his dissonance could be further reduced by utilising public transport to riding his bike to work.

Referring to Festinger’s book; an example of how someone might deal with dissonance related to health. Those who smoke, continue to do so even though they know that it is bad for their health. Why would someone partake in something that is bad for their health? Per Festinger, a person may decide they value smoking more, deeming their behaviour “worth it” in terms of risk vs rewards. Another way to deal with this is to minimise the potential drawbacks they might convince themselves the health claims are overrated, and that they cannot avoid every risk out there. Finally, Festinger suggested that if the smoker were to convince himself to stop that he will gain weight which also presents the risk. By using such explanations, the person can reduce to dissonance and continue their behaviour.

There are three key strategies to reduce or minimise cognitive dissonance:

Focus on more supportive beliefs/behaviour to outweigh the dissonant ones.

Reduce the importance of conflicting belief.

For example, a person who cares about his health may be disturbed to learn that sitting for long periods are linked to a shortened lifespan.

Reduce the importance of conflicting belief.
For example, a man who cares about his health might be disturbed to learn that sitting for long periods of time during the day are linked to a shortened lifespan. Since he works in an office it is difficult to change his behaviour. To deal with feelings of discomfort, he might find some other way to justify his sitting behaviour by believing that his other healthy activities make up for this sitting.

Change the conflicting belief to form consistency with other beliefs or behaviours.

Changing the conflicting cognition is the most effective way of dealing with dissonance, but it is also the most difficult.

Cognitive dissonance is important because it plays a role in value judgments, decisions and evaluations. Being aware of how conflicting beliefs impact decision making is a great way to improve your ability to make quick accurate decisions.

“The basic hypothesis I wish to state are as follows:

“Festinger’s insistence that cognitive dissonance was like a drive that needed to be reduced implied that people were going to have to find some way of resolving their inconsistencies. People do not just prefer eating over starving; we are driven to eat. Similarly, people who are in the throes of inconsistency in their social life are driven to resolve that inconsistency. How we go about dealing with our inconsistency can be rather ingenious. But, in Festinger’s view, there is little question that it will be done.”
(Cooper, 2007)