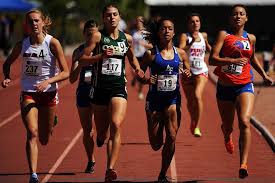 Determined athletes are driven to find anything which will increase their ability over their competition, as well as help them perform optimally. Athletes use Hypnosis and imagery to improve their skill and game. Some of them consider the hypnosis as a magical effect and a legitimate form of treatment which many have said to of been very effective in promoting a positive attitude and a change into developing new habits and behaviours whilst also releasing the negative thoughts and behaviours. Even such famous athletes have participated with highly trained hypnotherapists to help them achieve increasingly significant gains and improve their personal performance despite their sport.

What does Hypnosis do?

Beliefs and behaviours are constituted between the force of the unconscious mind, by using a technique such as hypnosis which examines the change at an unconscious level means the effects will be highly effective. Hypnosis helps athletes to develop self-worth and overcome self-doubt in order to increase their performance, so they are able to move on to achieve higher skills. Many of the skills athletes possess are increased during treatment such as having a higher level of self-belief and becoming more confident in succeeding beyond what their previous intention was. Hypnosis can also help an athlete acquire the intense focus which is crucial at the height of their sport. Not only does hypnosis help an athlete to overcome performance anxiety or pre-nerves but what makes the difference between winning a gold medal and coming 5th place is the ability to feel confident and have the determination to fulfill their passion.

One of the major famous athletes which have used hypnosis is Tiger Woods who went on to achieve an incredible level of success in golf. He has reportedly been participating in influential self-hypnosis techniques since his early teens. Not only has he used it to visualize every swing and stroke in his mind before carefully executing it on the course, he also uses it to “feel in the moment”.  By using self-hypnosis methods, like many successful athletes, it has helped to quiet his mind, release anxiety, and become completely focused when he begins his course. It is important for a golfer to maintain focus since supporters can often become very distracting. Since showing how such powerful hypnosis can be used to develop a stronger positive mind, he is able to achieve extremely high levels of success. 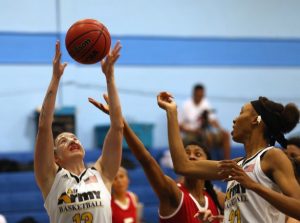 As Tiger Woods would say, imagery (or visualization) is an effective self-hypnosis technique which can help athletes perform better. Other examples are that gymnasts may visualize themselves continuously going over every aspect of a routine. A basketball player may visualize themselves making a perfect basket over and over. By using imagery or visualization, these athletes are challenging their minds and bodies to carry out the movements which they have performed hundreds of times in their minds. Mary Lou Retton reported using visualization to help win the gold medal in gymnastics at the 1984 Olympics.

Athletes will most commonly use imagery and visualization just before their event to achieve their desired goal. By closing their eyes and focusing on achieving their goal, they can improve their performance. Once something has been pictured in the mind there is more initiative to proceed into succeeding it and therefore athletes often imagine themselves winning and having the determination to succeed. Utilizing this technique is especially beneficial when the sport requires a brief burst of energy.

Pain and injury is also one of the common queries athletes endure during hypnosis. It helps them to deal with whatever pain or injury they have or have had previously. Through learning to dissociate from the pain will help them to be able to cope with it better when participating in their sport. One of the processes used is a relaxation method which is also helpful when it comes to managing the pain which is a crucial part of most sports. Hypnosis can also help athletes recover more quickly from a sports injury and help them to generate positivity after the initial experience. By accelerating the recovery time, the athlete can return to practice and competition more quickly, which can be very important for athletes competing at the highest levels.

Hypnosis can help in a variety of ways, even if the athlete is not training for the Olympics or other professional events, it merely helps to attain the higher levels of performance in any given sport. Working with a hypnotherapist, listening to hypnosis CDs and learning various self-hypnosis techniques will help to improve any performance.