Fear of driving and hypnotherapy

Being afraid to get behind the wheel is an incapacitating phobia that often leaves suffers isolate or spending a small fortune and a lot of time on public transport.

Unlike other fears such as a fear of bridges (gephyrophobia) or fear of washing (ablutophobia), a fear of driving has no medical term. Having a fear of 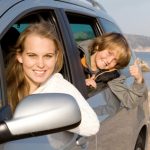 driving doesn’t just mean you are too scared to drive, it can manifest in ways such as avoiding a certain roundabout, planning journeys to avoid motorways or even journeys that have no left turns or one-way streets.

Joanne Mallon, a recovered phobic and author, the number of people who are scared to take to the roads is unknown. “It is absolutely everywhere, but it’s a hidden thing,” she explains. “When I talk, so many people say, ‘I thought it was just me’.”

There has been little-documented research, although a survey taken of Spanish licence-holders in 2011 revealed that some feared driving in certain circumstances.

The root causes of many feared drivers can be related to a previous experience or trauma such as the breaks failing or being involved in an accident either as a child or adult. But for those with no traumatic experience, it can be more troublesome to root the cause.

I had a client who was told by the examiner on the day she passed “you passed but only just”. It was her third attempt. She didn’t own a car,so, when

she took a job that required her to drive further than commute distance, her bad back suddenly got worse.

Stress can be a major factor in fears. Some people find that playing music helps boost their mood and cutting down on coffee and having more slow releasing foods like porridge ca regulate the spikes in blood sugar levels.

“The mental pressure of living with a fear that you have not dealt with will affect every area of your life. It’s more than just about getting behind the wheel and going from one place to the next.

If you have a diagnosis of severe anxiety affecting your concentration or behaviour you may need to notify the DVLA but there is professional help available. You could contact your local driving instructor or see your local friendly hypnotherapist to get some driving hypnotherapy.

“Fear of driving in the modern world can stop people living. it can make you feel inferior and stupid for having to rely on either public transport or friends and relatives.