Arachnophobia or a fear of spiders is the most common phobia known to man.

In the UK we don’t really have any spiders that are a great danger to us, last year there was a big scare surrounding the false widow spider but have you noticed that hasn’t been in the press so much this year?

So why are we so scared of such a clever and complex little creature as the common spider? 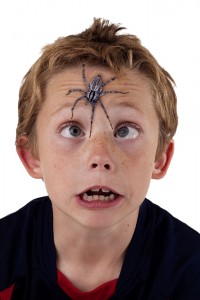 Whatever the cause it has to be said that spiders are causing more screams at this time of year than Paranormal activity did when it first came out (and if you knew my niece that’s really saying something…..).

If you looked at a spider as something that serves a great purpose in nature rather than something that’s really scary would it make life easier? Maybe you would need someone to hypnotise you to think that actually they may not be great to look at but it’s OK to let them do their own thing whilst we do ours.

Here are a few spider facts

So what is it that you find repulsive about spiders?