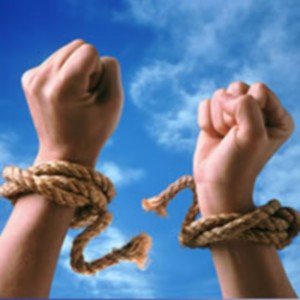 Addiction comes from the Latin term ‘addicere’ meaning ‘to deliver’ or ‘to award’ or ‘to give oneself to.’

Addiction has a powerful effect on the brain that manifests in several ways:

In the 1930s, the belief was that people who developed addictions were morally flawed or lacked willpower. They thought that to overcome an addiction the addict must be punished or encouraged the gain the will to break their addiction.

Things have changed since then. Now we recognise addiction as an illness that changes brain structure and function. Recovering from addiction does involve willpower, but willpower alone is often not enough, and people also use multiple strategies such as hypnotherapy and self-care as they try to break free of their addiction.

Experts also used to believe that only alcohol and strong drugs could cause an addiction. Recent research has shown that certain activities, for example, shopping, can also have the same effect on the brain.

The brain registers pleasure in the same way whether it be from alcohol, sexual activity, a monetary reward or even a particularly enjoyable meal. These pleasurable things cause the brain to release a neurotransmitter called dopamine in the area of the brain that is commonly known as the pleasure centre.

All abusable drugs, from nicotine to what is considered more severe like heroin, cause a strong surge of dopamine in the pleasure centre. The odds that using the drug or participating in an activity will lead to addiction is linked to the speed, reliability and intensity, which causes dopamine release. Even taking a drug in different ways can change how likely it is to lead to an addiction. Injecting a drug as opposed to taking it as a pill usually would produce a faster and stronger dopamine release. This would be more likely to result in further use.

It was believed that just the pleasure alone was enough to prompt people to continue seeking an addictive activity or substance. More recent research suggests that this is a bit more complicated than just that. Dopamine also affects learning and memory. These are two of the main factors in going from enjoying something to becoming addicted to it.

A newer theory is that dopamine interacts with another neurotransmitter, to take over the system of reward-based learning. This system is vital for sustaining life as it associates activities needed for human survival, such as eating and sex, with the reward of satisfaction and pleasure. This area of the brain also includes areas involved with memory as well as with pleasure. Addictive substances and activities intensely stimulate these areas. Repeated exposure to this causes nerve cells to communicate in a way that links liking something with wanting and then needing it, causing us to seek it actively.

Over time, the brain adapts by making the substance or activity less pleasurable. Some addictive drugs can release as much as ten times the normal levels of dopamine compared to natural activity. Not just the amount but more quickly and more reliably too. The brain tries to compensate for this by producing less dopamine or eliminating dopamine receptors.

The result of this is that dopamine has less impact on the brain’s reward centre and people who have developed an addiction find that, in time, the substance doesn’t give them as much pleasure. They will then have to take more of it to release the same level of dopamine as their brains have adapted.

The ‘pleasure’ of the drug or behaviour is somewhat reduced, but the memory of the effect and the desire to recapture it still exists. These memories create a craving whenever the person encounters something which triggers those memories.

Cravings contribute not only to the addiction but can also lead to a relapse. This could be through merely seeing an object, a needle or a bottle of whiskey, for example, to being in the same or similar physical environment to where the addiction was regularly filled. This helps explain why people who have developed an addiction risk relapse even after years of beating it.

Because addiction is stored in the brain as a memory, recovery from it is a slow process as the influence of those memories fades and becomes diminished.

Hypnotherapy is a proven and effective treatment in aiding those with addictions to break the habit. Hypnotherapy allows the unconscious mind to create positive thought and action patterns making cravings less appealing.

For some types of addictions, medication may also help. The specific treatment will vary depending on the person and the nature of the addiction, but all of them are aimed at helping people to unlearn their habits and adopt healthier coping strategies. 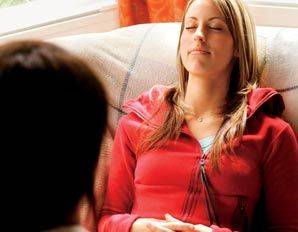 One thought on “Addiction and the Brain”