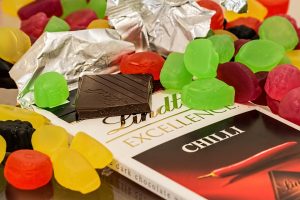 Often perceived as men waving a pocket watch hypnotherapy can be used to treat a variety of problems from anxiety to insomnia and jealousy to overindulgence.

“Hypnosis is widely promoted as an effective treatment for various long-term conditions and breaking of specific habits.” NHS

Hypnosis does have a positive effect despite there is no strong evidence to support this.

Some scientists see it a relaxation technique that uses the power of suggestion or a procedure that relies purely a placebo effect.

Hypnotherapy is becoming ever more popular in helping those with food addictions, and after realising my sugar addiction has become out of control I went to see a hypnotherapist.

Everyone that has ever had an addiction knows the moment they hit rock bottom, and I was not different. My particular point came after consuming an entire packet of biscuits, a so-called ‘sharing’ bar of chocolate and a brownie one Sunday afternoon -and I was still looking for something else laden with sugar and calories.

Shamefully, this sort of binge was a regular occurrence. I had tried and failed to break this cycle many a time before. I’d tried going cold turkey to weekends only and any obscure diet I could find throwing myself full throttle into it. Inevitably I crashed out of them all within a day or two.

When hypnotherapy was suggested to me I was highly skeptical. Like many, I had only seen poor folk reduced to clucking chickens on television. After doing some research, I discovered hypnotherapy is, in fact, similar to meditation.

“The deep state of relaxation you experience during hypnotherapy has often been compared to the state of being that is achieved from meditation. This is because you are quietening the conscious part of your mind, allowing the subconscious to take over.”

I was concerned about being under and losing control, but it was explained to me that I will always be 100 percent in control during the sessions.

“Hypnosis is the process of re-wiring your subconscious mind in order to make you think differently, not act differently.”

As I began my first session I was asked about my relationship with sugar and what I wanted to achieve.

I didn’t want to be repulsed by sugar-I still wanted to enjoy a treat, but I needed to stop needlessly stuffing my face daily with this poison.

I lay back in the chair and my therapist spoke to me whilst music played in the background. The session was only thirty minutes. I was aware of their voice and my surroundings, but I felt completely relaxed. I felt slightly dazed afterward like I’d awoken from a short nap. I booked an appointment for the following week.

Week one was not a runaway success and I did fully indulge in works ‘biscuit Friday’ but as the week progressed I noticed I wasn’t constantly hunting for sugar.

After the session ended I felt slightly dazed- like anyone would after having a nap – but not too different.

The second session was much like the first, but I noticed how much of a deeper state of relaxation I feel into. I barely remember the thirty minutes after that session, but it was agreed that I should leave it a while before having another session. I was given a CD to listen to at home. 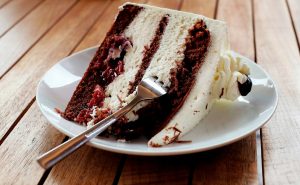 I was tested the very next day when a cake appeared at work. Now normally I’d be the first to cut myself a wedge, but I barely had any interest in the cake. I did have a slither, but I felt nothing. Before hypnotherapy that would have sent me into a crazy spiral of seeking out anything loaded with sugar to reach that high, but I didn’t. The cake didn’t even taste that good for me. Realising this could be the work of hypnotherapy I tested myself again by eating a single biscuit. Once again, I wasn’t overly interested in it and put the packet back, felt one was enough.

It has been months now and I haven’t had a sugar binge, nor do I feel the need to finish every meal with a sweet treat.

My advice is not to expect a miracle cure and especially don’t hold out that just one session is going to cure all-granted, for some it does, but not the majority.

On a final note, be aware of hidden sugars in ‘healthy’ foods because these too can cause sugar issues.