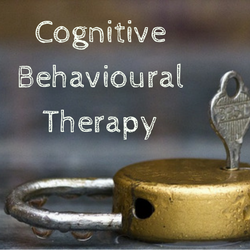 Traditional Cognitive Behavioural Therapy (CBT) is based on replacing thinking errors with more appropriate thoughts. Traditional CBT is well accepted amongst the psychiatric world. CBT is based on the ABC model. it is quite simple and easy to learn. All clients will be taught the model and treatment commence upon the understanding of the model.

My role as a therapist is to analyse that belief and expose it to practical truth. Once the beliefs have been exposed as untrue and harmful these beliefs will be replaced by a more appropriate belief. As a hypnotherapist, I will help you to believe that new idea at an emotional level so that you know it as a gut feeling with total conviction. Thus creating a new consequence C.

For example, a smoker knows on an intellectual level that they are harming themselves and spending a lot of hard-earned cash and would be much better off to stop smoking rather than carry on smoking. However, at an emotional level, they may truly believe that they need a cigarette. With hypnosis, the client would believe at both an intellectual AND an emotional level that smoking is a waste of time and money.